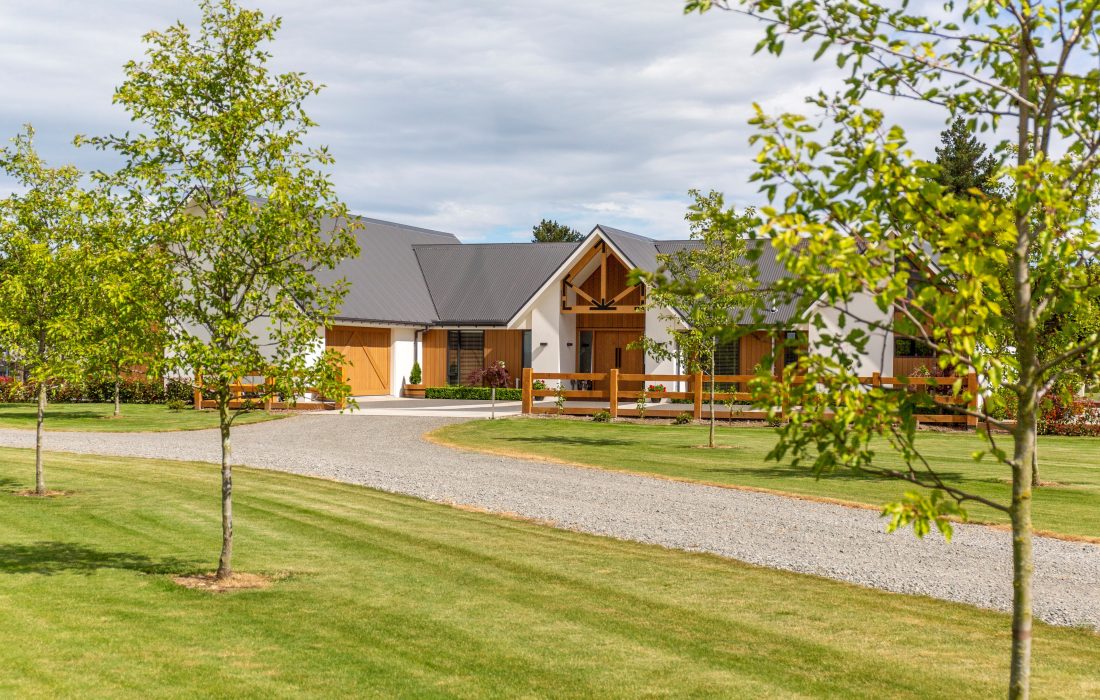 The best time to talk to your builder is before you turn your dreams into plans. That’s how to ensure you can afford the finer details of your dream home. Even if you’ve already started on the design, the sooner you involve your builder the better.

Thankfully Gaye and Jack Mackie didn’t have to compromise on their new home. Part way into the design process their architect engaged Richard Fantham of Radius Building to get reliable preliminary estimates for construction before the detailed drawings were completed. Richard’s detailed estimating was accurate enough for them to proceed with confidence, knowing the final plans for their classically styled, single-story 280sqm home on a lifestyle block outside West Melton were within their budget.

Owners Gaye and Jack Mackie are no strangers to building architecturally designed homes, having undertaken the venture on a previous build.

‘I learnt from the first build you mustn’t have fixed ideas’, says Gaye Mackie. ‘What we really wanted from our builder was a good job. We’re detail people so it had to be right.’

There was much to get right with the Mackie’s home. While the house might not be considered large by today’s lifestyle standards, with 3 bedrooms, 2 bathrooms, office and hobbies rooms, double garage, lounge, dining and open-plan kitchen and family room, the finish throughout the house is highly specified and individual. Cathedral ceilings in the lounge and kitchen-family room, built-in furniture including wall-mounted cabinets and extensive architraving all required exacting attention to detail in every room.

The need for flexibility was put to the test during the build when the Mackie’s had to make a decision about including large decorative trusses in the cathedral ceilings in the lounge and kitchen-family room. Richard gave them options and prices and showed them pictures of trusses in similar houses he had built so they could make an informed decision. With the cathedral ceilings complete in both rooms, the Mackie’s could see how the trusses would impact upon the lovely sense of space and light, and happily decided against including them. Richard says Radius sequenced building the home so the trusses could be added at mid-build without extra costs (other than for the trusses themselves) allowing Gaye and Jack to make their decision at the latest possible time. Their decision not to proceed with the trusses was one of many changes made as the build progressed. 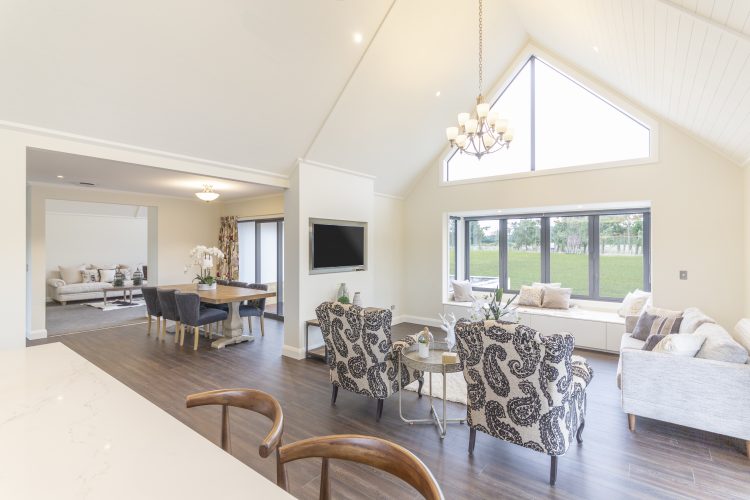 ‘Once the framing was in place, we designed and priced items for their consideration’, says Richard. ‘This included changes to inbuilt joinery, timber decks and hard landscaping and working closely with the sub-trades to find suitable space for central vacuum and ventilation ducts.’

Keeping track of the build (and the cost) was made easy for the Mackie’s by Radius Building using an innovative building software programme called ‘Co-construct’. The programme enables house owners to see at a glance the building schedule, any variations to the plans and the timing for when decisions need to be made before they occur.

‘Co-construct is excellent – it keeps everything on track’, says Jack Mackie. ‘We knew in advance when decisions were coming up. We made some changes as the building progressed and the programme was updated to keep the dates accurate. It took the pressure off us.’

The Mackie’s house was built by Radius Building’s team of highly qualified and experienced builders with a selection of tradespeople who enjoy the challenge of crafting an exquisitely finished home. The quality of the build team didn’t go un-noticed.

‘There was a lovely atmosphere during the build’, says Gaye. ‘I can’t speak highly enough of the staff. They were always polite and explained what they were doing. Richard has found the best people – real craftsmen to do the best job. He even helped designing the outdoor landscaping and built the deck.’

With both clients and Radius Building committed to getting all the details right, the finished result is a beautiful house that the Mackie’s call home.

‘Richard and his team at Radius are exceptional to work with’, says Jack. ‘You’d think they were building their own home.’ 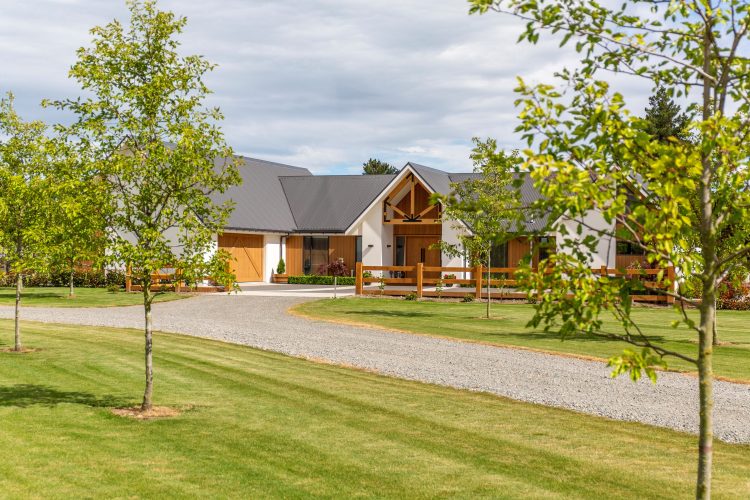 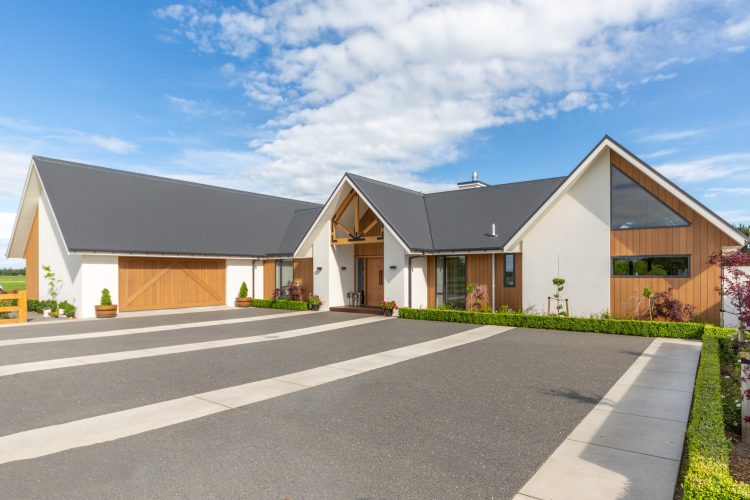 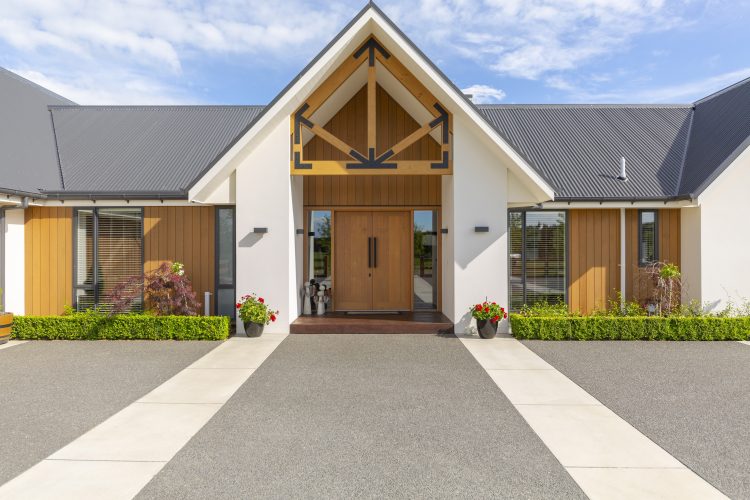 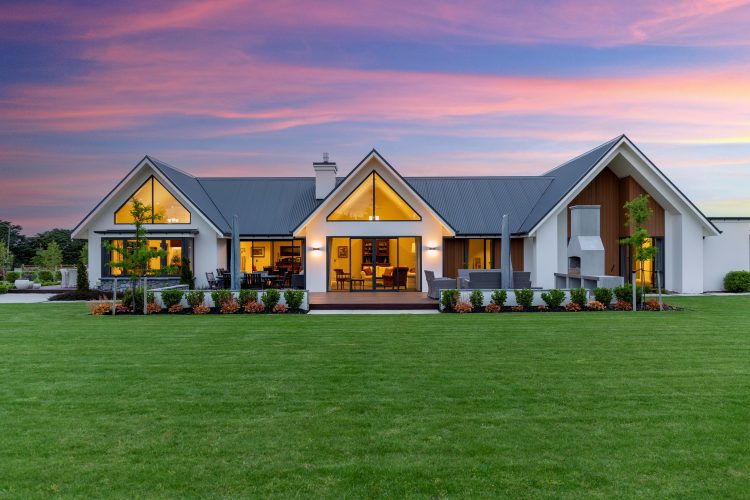 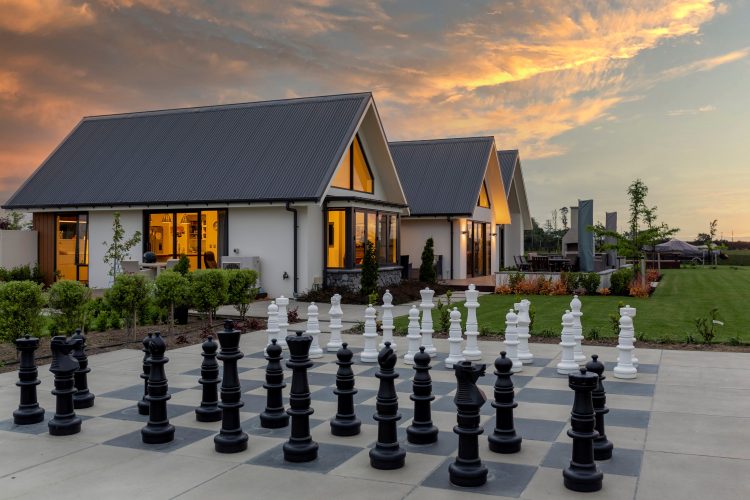 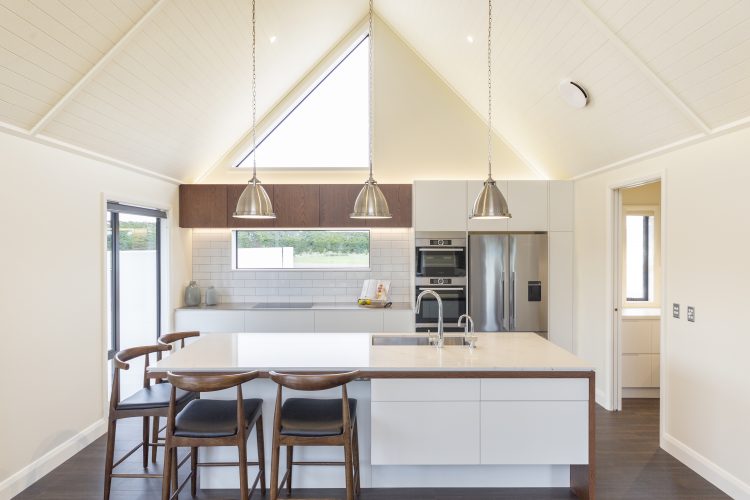 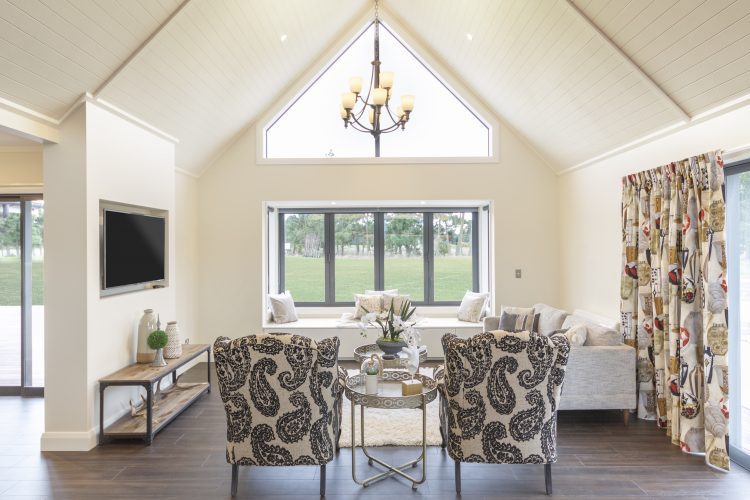 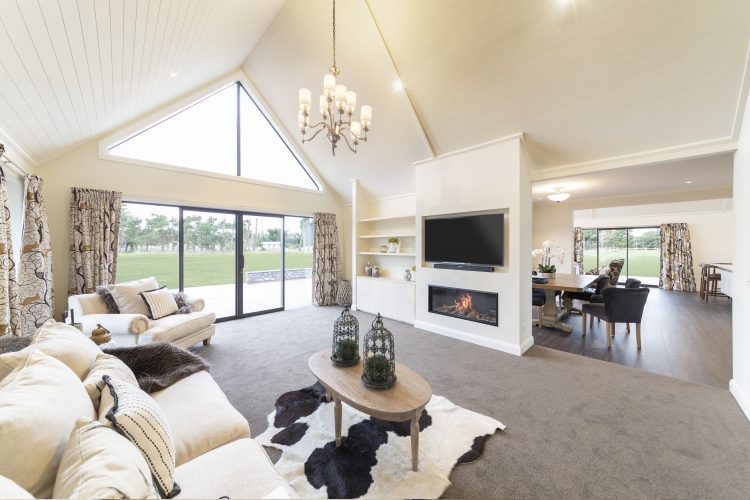 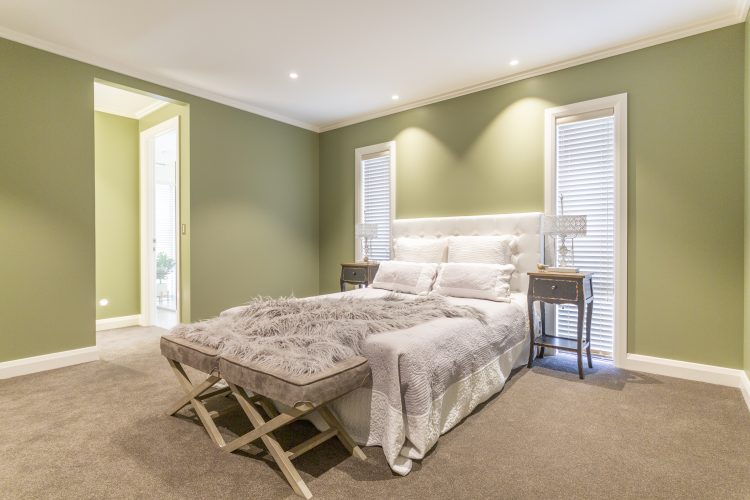 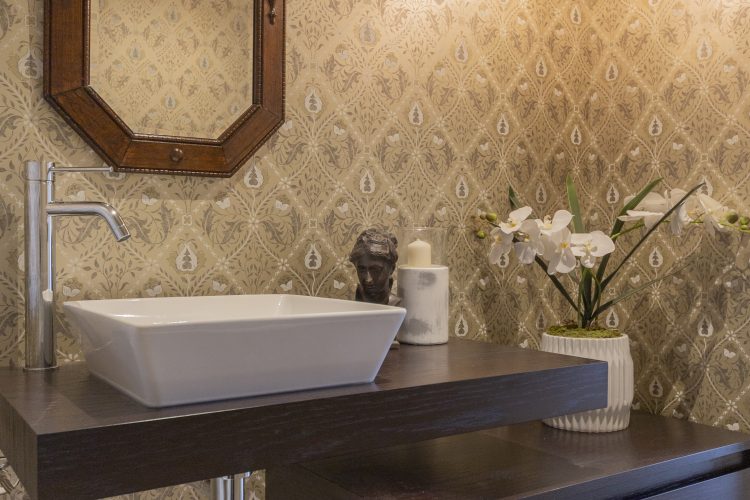 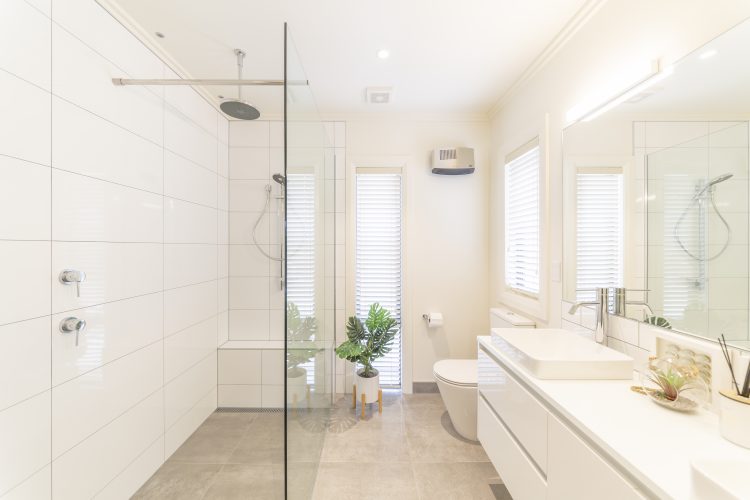 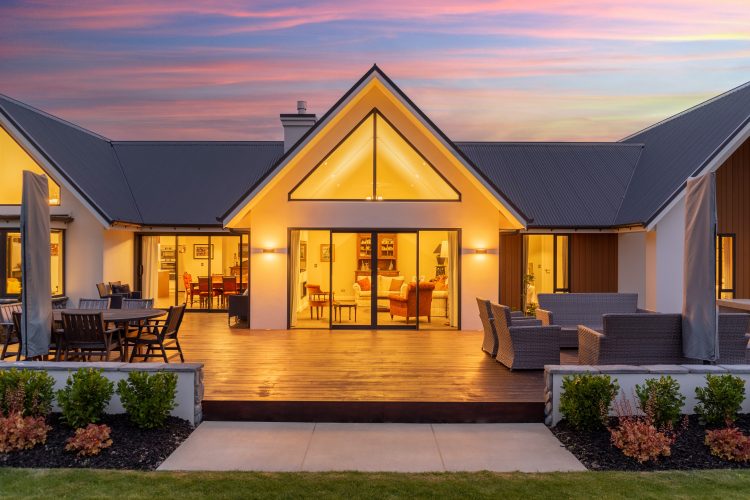 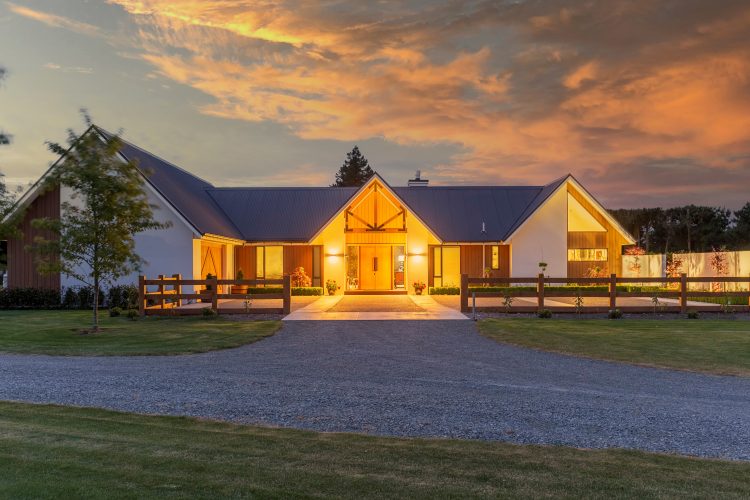 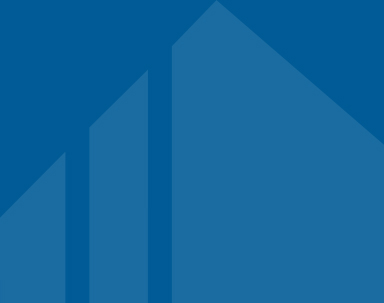